News > Mike Blenkush Retires from the Stearns Electric Board of Directors

Mike Blenkush Retires from the Stearns Electric Board of Directors

Tags: Board of Directors, Electric Cooperative 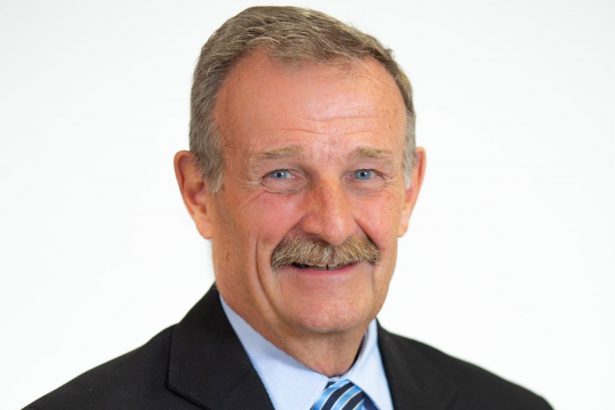 Mike Blenkush is no stranger to the electric cooperative industry. After beginning his career somewhat accidentally at Stearns Electric Association in the 1960s, he spent most of the next 38 years working for cooperatives throughout the country. Upon retiring, he found himself back in the co-op world in a new capacity: on the Board of Directors.

EARLY YEARS
Mike Blenkush grew up north of Melrose on a dairy farm, powered with electricity by the local energy cooperative, Stearns Electric Association. He graduated from Melrose High School and was drafted to the war in Vietnam. Upon returning, he found a job working at the Kraft plant in Melrose.

When the assistant manager of Stearns Electric at the time needed a new drafter to help get the Cooperative’s maps up to par, he reached out to the local high school. Since Mike had taken drafting in high school and was fairly good at it, his former drafting instructor recommended Mike for the job. Mike took the job and started working at Stearns Electric in 1968.

The Cooperative’s maps were very behind, so Mike spent a year getting them caught up. At the time, Stearns Electric had about 5,000 members as lakes and farms still made up most of the Co-op’s service territory. “I remember driving out to map the area that I live in now. Back then, it was all farmland,” he recalled.

Once the drafting slowed down, Mike helped in other areas of the Cooperative. Eventually, his work  branched into Member Services, a department heavily focused in member communications.

CAREER AT THE COOPERATIVE
When Mike began work in Member Services, the Cooperative encouraged members to increase their use of electricity by purchasing electrical appliances. When the Energy Crisis in 1973 threw the economy into chaos, the Cooperative adjusted its focus.

“When the crisis occurred, it became much more important for people to conserve energy,” he said. “The oil embargo caused gas prices to jump up from $5 to $30. Everything was more expensive – poles, wires, even just driving the electric service trucks out of the yard cost so much more.”

Electric bills doubled at this time, so Mike took an energy audit course and managed high bill complaints for the Cooperative. He also helped endorse the country’s new-found importance of promoting energy conservation to members, which is still a large part of member services departments throughout the energy industry today.

Mike worked in member services until 1980 when he decided it was time to take the next step in his career. After applying for different jobs throughout the country, Mike landed the manager of member services position at Trico Electric in Tucson, Arizona.

Trico Electric was mainly residential and had many members, unlike Stearns Electric at the time.  Mike oversaw meter readers and member communications, and continued to manage high bill complaints. Managing those complaints got to be a little draining for Mike after several years, however, so by the late 80s he was ready for a break.

In 1988, Mike and his wife, Betty, moved back to Central Minnesota so he could fulfill his lifelong goal of earning a college degree. He was able to graduate with his bachelor’s degree in mass communication and business administration after three and a half years. Graduation was a very special day for him as he got to share it with his daughter, Michelle, who had earned her master’s degree.

Upon graduating, Mike knew he wanted to return to the electric cooperative industry. He found a job as manager of member services at Tri-County Electric in Wyoming. Different than his previous cooperative work, nearly 80 percent of Tri-County Electric’s sales went to coal mines and oil wells. The number of members of this cooperative was low as members were mostly large oil companies and coal mines that had multiple accounts.

The biggest accomplishment of Mike’s career occurred during his time in Wyoming. In the late 90s, Mike led the communication initiative to merge Tri-County Electric with a neighboring rural electric cooperative. In 1997, Powder River Energy Corporation was established.

Mike served for the next nine years as Vice President of External Relations for Powder River Energy. In July 2006, Mike retired and moved back to Central Minnesota with his wife to be closer to family.

“Who knew one little choice to switch jobs back in the 60s would lead to the rest of your life?” Mike recalled.

RETIREMENT
About one and a half years into retirement, Mike decided it was time to get back into the electric cooperative industry in another capacity. He knew the Stearns Electric board member from his district (District 8) was not seeking re-election, so Mike decided to run for the director position.

This October, he will move off Co-op lines, which means serving on the board is no longer an option.

Over the last 11.5 years, Mike has represented District 8 on the Cooperative’s Board of Directors. He has also represented Stearns Electric on the board of Great River Energy, our wholesale power provider.

Although he has helped the Board navigate through many adjustments, hiring a new CEO has been his favorite memory.

“It’s a hard process, but essentially we are responsible for the Cooperative’s future,” he said. “I can retire knowing Stearns Electric is in good hands.”

“When I leave the Board, I will miss the people most – the members, Cooperative employees, the management team and fellow Directors. It has been an honor and a privilege to work for, and later in life, represent Stearns Electric members on the Board,” he concluded.

THANK YOU
Thank you, Mike, for your many years of service as an employee and on our Board of Directors!